Arcade in all but name. Not my favourite.

Well, what can one say about this beauty ? I don’t wish to be unkind, but it may be the most depressing casino in the UK. I say casino, but really I think even the owners would agree it’s really just a slightly glorified arcade.

It’s shaped pretty much like a corridor with machines down the side, and feels much more like an arcade than any sort of casino. When I visited – after I got through the door by buzzing and asking nicely – I was the only punter in the place.

The only staff are behind the glass of the cash desk, and if you want food, well, all the delight of the Breville toastie maker are yours to savour.

The machines themselves aren’t too flash either, and while although some of the kit is of this century, the payout system isn’t, it’s all coins.

We reviewed the place as it does genuinely hold a casino licence, but other than the higher payout limits it is an arcade. Having said that, I won a decent wedge in there, so maybe it’s not all bad ! 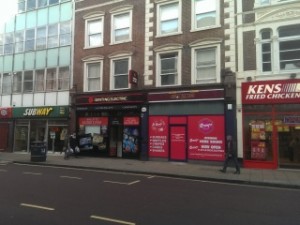