Cheating in casinos part 1 – past posting in its many forms

Firstly, let’s make it clear – cheating in casinos is illegal in the UK.  It used to be “kind of” illegal, in the sense of constituting obtaining goods by misrepresentation, or some such relatively obscure law, but now it’s directly illegal thanks the the Gambling Act 2005 – so anything you read here is for your amusement, do not try this at your local casino or you;ll be explaining yourself to the local police. 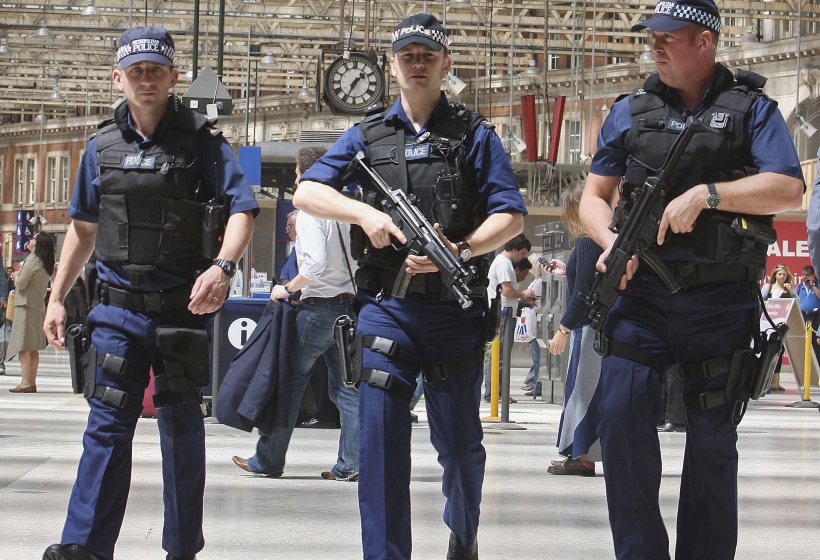 Ok, so they probably won’t send in the armed police, but you still don’t want to mess around

This is a separate post from the one about card counting – I don’t want to kick off big debate about whether card counting is cheating or not, it’s more that counting merits its own post as there’s quite a bit of depth to go into.  Mind, it’s not like there aren’t quite a few forms of cheating that merit a mention too, so let’s get started.

The most common and simple version of cheating is Past Posting. This is, simply put, placing a bet after knowing what the result is – I think the name comes from horse racing (cf the movie “The Sting”) where people find a way to get a bet on after the race has been run, before the bookie or person accepting the bet realises. In casinos, there best known form of past posting is generally known as “Top Hatting”.

Top Hatting on roulette is simple in principle – the player or team of players place chips on the winning number after the ball drops and settles in the pocket. In practise there’s a lot more to it – generally there will be a team of players, who have various jobs.  Two might be the distractors – maybe leaning across the table as the ball drops, while one will be the “mechanic”, who actually places the bet, perhaps two £25 chips, on the winning number (for a £1750 score, not bad). The other will be the guy who picks up the winnings, who throughout the spin will be sitting quietly well away from the actual cheat move (which usually occurs in the high numbers, at the end of the table furthest from the wheel and thus hardest for the staff to see). 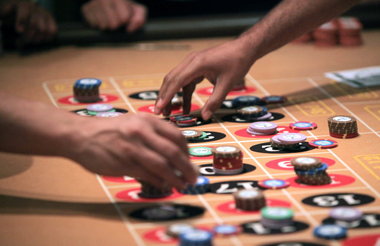 The kind of hectic roulette layout where cheat moves can flourish

What generally happens is that as the ball is about to drop , the distractors go to work, while the mechanic is placing a few late bets around. As the ball drops and the dealer looks into the wheel to see the winning number, the mechanic will drop his cash chips, with some stolen colour chips (the “Top hat”) on top of them, then subtly leave the table.  The winning cash chip bet is then claimed by the guy sitting quietly near the wheel, so it looks like they couldn’t possibly have been late betting.  The key to all of this is knowing where the staff are looking and what they’re paying attention to.  Ironically it’s not always the fairly inexperienced staff they’ll go for, since the rookie dealer is concentrating hard on all the security procedures they have been taught, and supervisory staff usually focus their attention on the newbies.  The wise cheat will more likely look for a dealer who’s been at it a year or two, and thinks they know it all, and therefore deal with an air of boredom and not much attention.

There are other forms of past posting, too, on the card games. I’m sure many a player will have wondered how easy it would be to boost their bet on Blackjack once they’ve scored 21, and the dealer is looking at the other end of the table. My advice would be … don’t! The best dealers don’t need to be looking at a bet to know that it’s changed, they’ll remember from hand to hand.  The first time they might not say anything – they’ll assume they’re dreaming it, but be assured they’ll be memorising your bet from then on, in case it seems to change whenever you have a good hand.  Of course, not all dealers are professional – or even care – and then it’s a numbers game – you’ll still get caught, it just might take a lot longer. It’s also not unknown for players to pinch chips off a losing, or likely losing bet  – you’ll be pleased to know that the penalties are likely to be just as severe for this !

Next time we’ll get to more exotic forms of cheating, such as card marking, Ace tracking, collusion, dirty stacks and all sorts of fun … including my favourite cheat move of all time, the “Savannah” scam …