Maybe you’ve seen the movie “21”, read the book that inspired the movie (“Bringing down the house” by Ben Mezrich)  or you’ve heard about the mysterious art of card counting from another source (possibly even the Hangover movie).  Tales abound of people making untold millions by mastering an arcane and fiendishly difficult skill, almost like brain surgery or rocket science (rocket surgery? ) to outsmart the casinos and live a life of drinks with umbrellas in on a Caribbean beach.  Is it this simple ? Well, yes and no …. but mainly no. 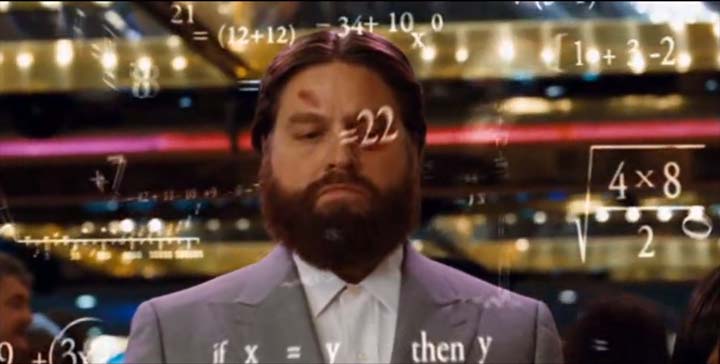 Not as simple as Fat Jesus makes it look

The principle behind card counting is actually fairly straightforward – the house has a small edge over the blackjack player under normal circumstances, even if the player deploys perfect strategy. However, there will be times in a “shoe” – the container of (usually) four or six decks of cards that’s reshuffled once you’re about 75-80% of the way through – when a disproportionate number of small cards will have been used in play.  Why is this important ?  Well, statistically it’s advantageous for the player if there are an unusually large number of high cards left in the shoe – it’s all to do with the fact that the dealer has to take cards until they get a total of 17 or more.

So all a card counter has to do is wait until there are lots of high cards remaining in the shoe, and they can’t lose, right ? Well, it will come as no surprise to you (unless you took the movie totally at face value) that it’s not quite that simple. Even in fairly extreme cases of a high-card rich shoe, the edge the player can develop is very rarely more than about 2%, meaning that for every £100 staked, they will in the long run come out £2 up. The problem with this is that these situations don’t come up all that often, and the card counter will want to get as much money down per bet when the shoe is in their favour.  This can be disastrous – just because you have an edge, doesn’t mean you won’t lose 10 hands in a row, and the leading cause of card counters dropping out of the game is not having a big enough bankroll. Many a casino manager will tell you that they make more money out of unskilled card counters, or under-rolled counters, than they ever lose to skilled ones. 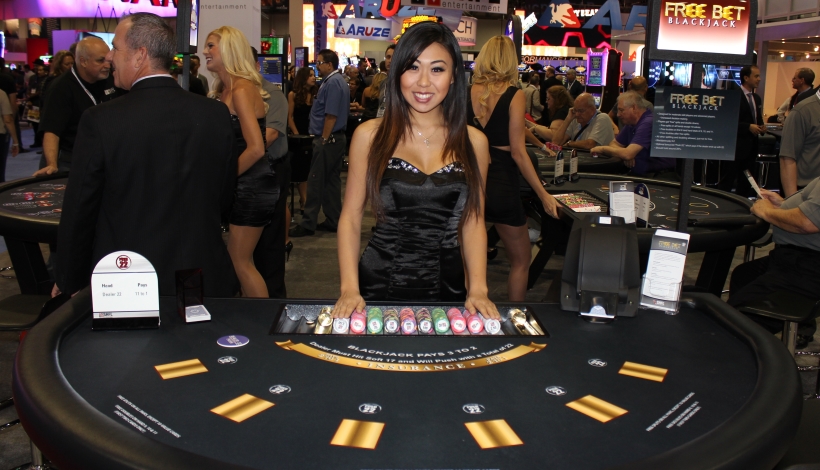 Ladies and Gentlemen … your victim. Or probably not, unless you’ve a solid bankroll

It’s not as if the casino just stand by and let it happen, either. The tricky part as a counter is raising your bets from table minimum towards table maximum when the shoe is in their favour – it’s a dead giveaway to casino management. That’s why the team in the movie (and the book and – well – real life) were so successful, they had figured out a way to get bigger bets on when the shoe was positive by using a hidden signal to call over their pet “big player” mid-shoe, who would hammer the tables. These days most casino don’t allow entry of a new player during a shoe.  UK Casinos also generally use card shuffling machines, which kill card counters in any case.

Perhaps what makes it so beguiling is the fact that it’s so simple to learn how to do the basics. The actual card counting process is very simple – it’s not a question of remembering every card, or even close to that, you just keep a running total in your head, and just add one or reduce one for all the low and high cards.  You can learn how to do it in about five minutes, although doing it in a live environment is a bit trickier, especially when you have to remember to play perfect strategy at the same time.

It’s a great tale for the casino owners to spin, however, with the seductive promise of beating the house always a a great story.  These days it’s a lot harder, although the arms race between advantage players and the casinos will go on for ever.  Somebody, somewhere is making a killing out of the casino owners with some as yet unheard of scam / cunning method (delete as applicable), and we’ll hear about it eventually. We’ll  tell you all about the next big winning method right here on UKCC.