Rough on the outside, pleasant on the inside, Aberdeen's outsider of three

Aberdeen now has three casinos since the closure of the independent International recently and the Rainbow (Ex-Gala) is easily the trickiest to find. It’s on a sideroad off the main Union Street, just up the road from a terrifying boozer called McNasty’s, populated by exactly the type of character you might expect, judging from the loopers outside having a smoke.

It’s seen better days, and will no doubt soon be experiencing some change, as it’s one of the casinos Gala weren’t allowed to sell to Rank, and was sold to the guys at Rainbow. It’s not in the greatest of decorative order, certainly on the outside, and impressions aren’t much improved when you get to the reception area to hear the music system sounding like a Dalek with laryngitis.
There are a few surprises – at time of writing it had state of the art Inspired Sabre terminals for electronic roulette, a bit of a rarity for an ex-Gala site, although most of the note acceptors I tried seemed not to like my notes – maybe they also had trouble figuring out the Clydesdale bank markings. The place is pretty neat and tidy in general, with a very small restaurant and a pleasant bar, although it would have been better if the valet had kept an eye on thirsty looking customers rather than spent the whole time talking to one of the dealers. Perhaps love was in the air.

There were a couple of odd things going on.  I played auto roulette for a while here, and while there were two automated wheels in the place, only one was playable on the terminals while the live roulette table wasn’t connected at all.  Of the two auto wheels, the one you could play was the one with no lights on it as well, so it took me about five minutes to figure out where to look for the ball.  Can’t complain, mind, as I hit my lucky number several times and won a decent wedge, but they could make it friendlier.

The poker room is a bit of an apology with just two tables, while a noisy Mah Jong game was in progress too. They appear to have a Chinese buffet once a week – possibly a bit of a token effort in a site that looks to be a bit past its sell by date.  Perhaps if it’s bought up, there’ll be a bit more effort put in by the new owners.

I would probably say that casino goers would more likely try and seek out the very elegant Soul Casino or the trusty G Casino before trying to find the Gala, you may thank me later. 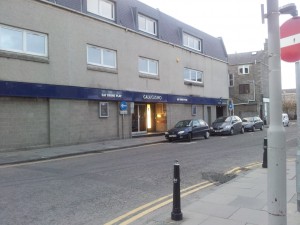