Not very boat-y, but pleasant nonetheless

Ok, let’s get one thing clear for a start – this is a pretty optimistically named casino. Fair enough, it’s near the river but in no sense is this a boat, in fact it would probably be better named the Grosvenor Casino Glasgow River … box. I can see why they didn’t go for that, to be fair, but just a heads up for the potential visitor. Take a look at the photo and you will see what I mean.

It’s still  a great place, mind, with some lovely views over the river from the top deck. First things first, mind, obviously you have to get in. The reception area appears to be the most up to date bit of the site, but with the tedious membership arrangements still in place getting through to the gaming isn’t instant. I’m not sure if they are still using the old Gala database (this was an ex-Gala site, like all the Grosvenor outlets in Glasgow) but I was told my old blue Grosvenor card was no good, I needed a red one.  The receptionist tried to tell me that the red card was for Scottish casinos only … I reckon maybe they had them all ready for a win in the Scottish referendum and were planning their own independence celebration, with new casino membership cards as the centrepiece. FREEEEEDOOOOOOM! (or not).

So, while I was waiting for the lady to get me processed, unbeknownst to me a tiny chinese lady – about 4 foot 7 – snuck up and stood right next to me, almost in  my pocket. First time I looked round she was too low and under my eyeline, then she brushed against me, and as I turned and noticed her about an inch away, scared the piss out of myself. Many a hazard in UK casinos, mark my words.

Anyway, finally I gained entrance. The site is on two levels, and is a late opening job – 4pm for slots and Electronic Roulette, 6pm for tables. A scout around showed that upstairs is the bar, cafe-ish bit and restaurant, with those beautiful views over the river. It’s got a lot of character, which is a slightly sideways way of saying that it’s pretty dated inside – the carpet’s most certainly about as old as God’s dog, and some of the seating isn’t much better. As usual with a Grosvenor – even a freshly converted one – the slots were much more up to date, and of course have been updated to Ticket in / Ticket out (TITO) payment.

The place has a lot of appeal, and handily is a two minute walk from the Central train station. I also got chatting to the tremendously friendly manager who cleared up the age old question – what’s the story with Scottish beer ?   You can’t get bitter in Scotland as such, it’s either lager (standard) or “heavy”. It always tastes more or less like bitter to me, but evidently (thanks Pete) it’s a subtly different product, not dissimilar to Mild – I wouldn’t have made the comparison, since of course I’ve never drunk mild, not being over 75.

All things considered, it’s one of few sites left that still has a bit of character, so if you’re headed into Glasgow, particularly by train, who not check it out.

Note – despite the dodgy Google map reference, the casino is still open ! 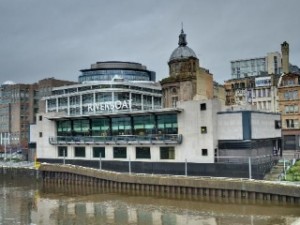